Honoring the Life of Brenna 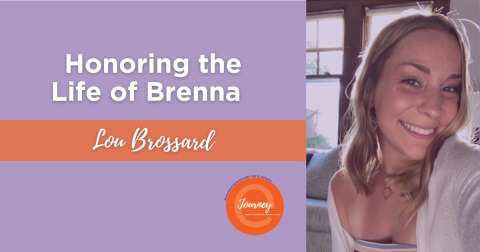 Brenna was first diagnosed with epilepsy when she was nearing her 16th birthday. We lost her to Sudden Unexpected Death in Epilepsy (SUDEP) in January 2022.

From grade school through high school, Brenna was an accomplished gymnast, excelling in the floor routine and balance beam. After her competition years ended, she wanted to give back, so she coached youth gymnastics in North Olmsted, Ohio. Brenna overcame a learning disability to graduate from Magnificat High School. Then she earned her bachelor's degree from Ohio University while on the Dean's List her last two years of college.

Brenna's first job after graduating college was as a corporate buyer at JOANN Fabric and Crafts. She earned a great reputation there with a determined work ethic and a thirst for continually learning. Those traits helped her achieve a "dream job" as a product management analyst at American Greetings Corp. Her supervisors and colleagues at American Greetings recently decided to honor her with a portrait prominently displayed in their corporate showroom.

To this day, our family adores Brenna. She had an effervescent smile and a contagious laugh that lit up rooms.

My wife Joni, Brenna's older brother Nick and older sister Devyn have all continued epilepsy advocacy and awareness efforts in "Bren's" memory - with a focus on SUDEP awareness.