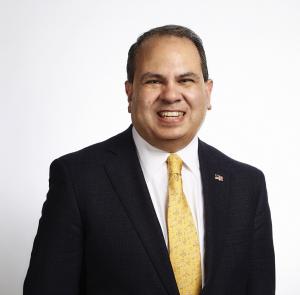 Dr. Joseph Sirven (Joe) is a professor of neurology and chair emeritus of the Department of Neurology at the Mayo Clinic in Arizona and previous editor-in-chief of epilepsy.com. He is currently chair of the American Academy of Neurology (AAN) Education Meeting Subcommittee, on the Board of Directors for the American Brain Foundation, on the editorial Board of Brain & Life, and editor and Chair of Brain & Life en Español. Previously, he served as director of education for Mayo Clinic Arizona. He was the previous vice chair of the Epilepsy Section of the American Academy of Neurology, chair of the Communication Council for the American Epilepsy Society and former chair of the Professional Advisory Board for the Epilepsy Foundation. He is also a professor of practice at the Arizona State University (ASU) College of Health Solutions.

Dr. Sirven is Cuban American and served as chief medical contributor for NBC Latino, the English language website for Latinos by NBCNews. He is currently the medical commentator for KJZZ Radio in Phoenix, the NPR affiliate for Phoenix Arizona, and a contributor to the WJCT NPR affiliate in Jacksonville, Florida.

Dr. Sirven has published extensively on epilepsy and its treatment. His interests in epilepsy include status epilepticus, surgical therapy, epilepsy in older adults, ;psychosocial issues (particularly those involving Hispanic populations), and transportation. His articles have appeared in Neurology, Epilepsia, Lancet, Archives of Neurology, Annals of Neurology, Epilepsy & Behavior, and Mayo Clinic Proceedings. He is editor of 7 textbooks, including Clinical Neurology of the Older Adult, the American Epilepsy Society’s Introduction to Epilepsy, Clinical Epilepsy, and An Atlas of Video EEG Monitoring. He is currently director of the Epilepsy Program at Mayo Clinic Arizona.