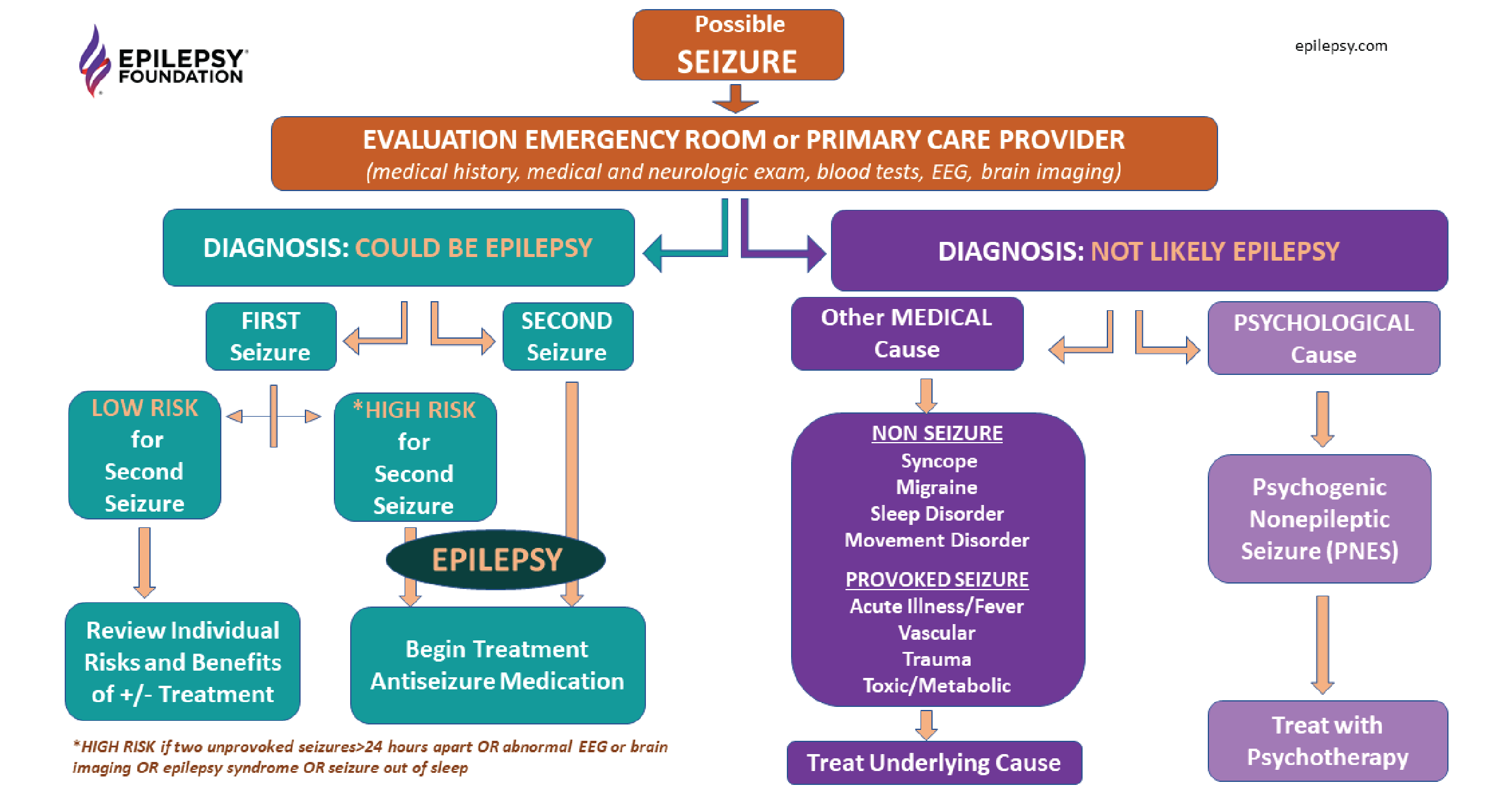 Seizures involve sudden, temporary, bursts of electrical activity in the brain that change or disrupt the way messages are sent between brain cells. These electrical bursts can cause involuntary changes in body movement or function, sensation, behavior or awareness.

Every brain has the potential to seize. A person with epilepsy has a lower seizure threshold – this means they are more likely to have seizures than people without epilepsy.

It is important to note the distinction between seizures and epilepsy. A seizure is an event and can be a symptom of other medical problems.

"Not everyone who has a seizure has epilepsy."

Epilepsy is a neurological disease. A person with epilepsy is at higher risk for having recurrent (more) seizures. Sometimes people use the words “seizure disorder” to describe epilepsy. Some key facts include

What is NOT epilepsy?

What are provoked seizures?

A person can have a seizure from a physical cause. This could be an acute medical illness or trauma that begins before the seizure. It could also be related to a substance or event their body is responding to or withdrawing from. In these cases, seizures are called “provoked.”

The provoking cause has had an effect on the brain that leads to a seizure. These seizures are not diagnosed as epilepsy.

What are nonepileptic events due to other medical problems?

There are also physical or medical events that may mimic or look like seizures. These are not the same as provoked seizures. They are also not due to changes in electrical activity in the brain seen in an epilepsy seizure. Since these are not seizures, they are often called nonepileptic events. Some of these medical conditions include

What are psychogenic nonepileptic seizures?

Psychogenic nonepileptic seizures (PNES) also are not caused by abnormal brain electrical activity. PNES may look like epilepsy seizures. They may happen suddenly or start gradually. They may include involuntary changes in behavior, movement, sensation or consciousness that usually last longer than epilepsy seizures. PNES are thought to be the body’s response to physical or emotional distress that the brain is detecting.

Who Can Get Epilepsy?