Diet Therapy for Epilepsy in the Mideast

Editor’s Note: I asked Beth Zupec-Kania to write about her recent experiences starting the diet in the Middle East. Although Israel (and one center in Saudi Arabia) have been using the ketogenic diet for many years, other regions have not been. Hopefully this will change, and Beth’s visits will go a long way towards doing that. I visited Al Ain, United Arab Emirates, this past April and there was a very high level of excitement regarding the ketogenic diet…including from physicians who had met Beth personally.

Interest in diet therapy to treat epilepsy continues to increase throughout the world. The Charlie Foundation receives requests each year from hospitals in foreign countries who are interested in receiving training on the ketogenic diet and related therapies. I recently returned from several trips to the Mideast. My initial visit was to learn about the culture and food habits of the people in Saudi Arabia. In addition I met with physicians and dietitians to discuss their ability to use diet therapies in their health care system.

Health care in Saudi Arabia is available through government funded (free to all citizens) and private medical facilities. Many of the health care professionals have been trained in western universities and therefore their systems are similar to ours here in the US. We discussed the possible challenges in using a diet therapy in the Mideast. The Mideastern diet is rice-based and due to Muslim law, pork (and alcohol) are not allowed. Fasting is practiced during Ramadan and encouraged at least once a month but not required for children particularly those who require medical diets. Many families employ childcare help (other than the parents) within the home who prepare meals and feed the children. This was expressed as a possible barrier to using the diet particularly if the caregiver did not speak or read Arabic. The hospital staff unanimously agreed that these concerns were not significant and many families would be agreeable to it. After many follow-up Emails and discussions, I returned for a 5 day training program which included starting children on the ketogenic diet. 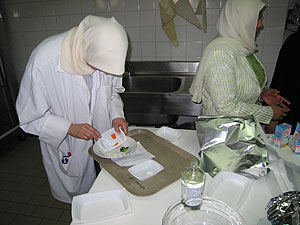 Despite the seemingly vast differences in western and mid-eastern cultures, one fact remains consistent; parents love their children and are willing to do anything to help them get better. The parents in both countries were overwhelmingly committed to learn to prepare their children’s diets and adjust their lifestyles to accommodate the changes required to support their children. The dietitians were eager to learn the different aspects of ketogenic diet therapy and willing to support each by sharing diet information. The cuisine in these regions are different from ours in the use of herbs, spices and sauces however, the foods used for this diet therapy are very similar. The high-fat food preferences included heavy cream, cultured cream, butter and safflower oil. Protein-rich food choices include lamb, fish, chicken and beef and low-carbohydrate preferences were predominantly vegetables. Olives (high in fat) are grown in these regions and children are accustomed to eating them regularly. One dietitian created a low carbohydrate coconut biscuit to provide an alternative to the coconut breakfast biscuits that children commonly eat. 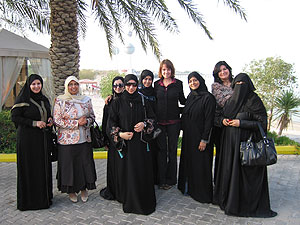 Since being back in the US, I have corresponded with several of the dietitians from the Mideast and assisted them in initiating the ketogenic diet in over a dozen children. 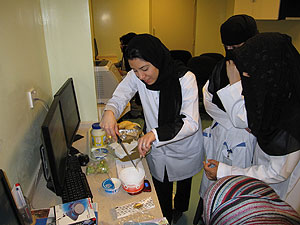