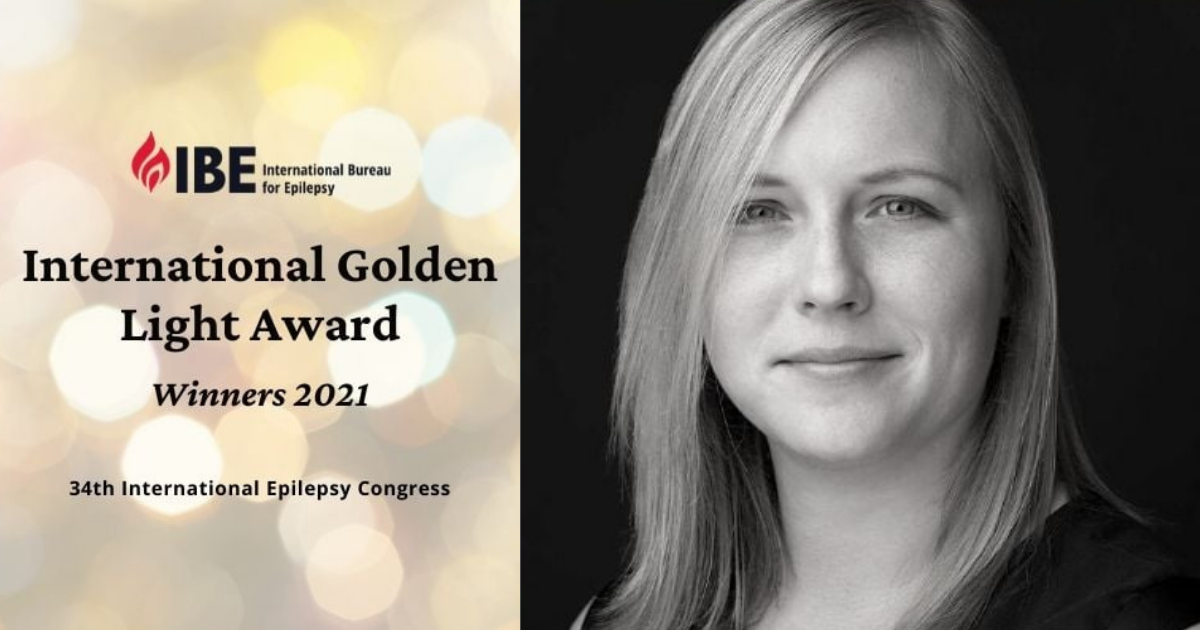 Alison Kukla, program manager for the Epilepsy Learning Healthcare System (ELHS), was selected as the 2021 International Bureau for Epilepsy’s (IBE’s) Golden Light Award winner for the United States. This award recognizes the contributions of young people across the globe who are bringing “epilepsy out of the shadows and into the light.” Nominees are all between 18 and 40 years of age and either live with epilepsy or care for someone who does.

Learn about the award

When Alison was in her freshman year of college, she participated in a 32-hour dance event. She went to sleep that night exhausted from the event and woke up in the hospital frightened and confused. That night, she had a tonic-clonic seizure. About a year later, she had a second seizure in her sleep, and was later diagnosed with epilepsy.

As part of the nomination process, Alison submitted an article that tells her epilepsy story. We encourage you to read Alison's story. Alison and winners from other countries will be recognized during the IBE Day (September 1) at the 34th International Epilepsy Congress, which will be held virtually in September.

Among Alison’s many accomplishments, she speaks publicly about living with epilepsy, volunteered and fundraised for the Epilepsy Foundation for several years before joining our staff, holds a master’s degree in public health, and is a vital member of the Epilepsy Foundation’s Mission Outcomes, SUDEP, and ELHS teams.

Thank you, Alison, for all you do for the epilepsy community through your advocacy and your work with the ELHS!
Back