A message from Dr. French, Chief Scientific Officer for the Epilepsy Foundation

In addition to my work for the Epilepsy Foundation, I have a full-time position as professor of neurology in the Epilepsy Section at the New York University Langone Medical Center. I also serve as director of the Epilepsy Study Consortium, a nonprofit organization devoted to speeding new therapies through the development process and into the clinic.

For a number of years, I have run a biennial meeting in conjunction with the Epilepsy Foundation called the “Pipeline Conference”; the next conference will take place in San Francisco, California, on February 25 to 26, 2016. During this meeting, companies that are developing new therapies or new devices will present them to the epilepsy community. In this way, the community can remain up-to-date about the future of epilepsy therapy and diagnosis. Some of this information will come to you through the Epilepsy Pipeline Community Day on February 27. Many sessions will be videotaped and available for viewing on epilepsy.com after the conference.

In addition, we host a competition called the “Shark Tank.” Companies or individuals who have new ideas for how people with epilepsy can be helped with a new product can submit a proposal. Of the many proposals that are submitted, six are chosen to be presented live during the Shark Tank competition. A panel of experts in various areas (called the “sharks”) and the audience vote. The best ideas share a prize of $200,000. Some of the products that have been presented in the four previous shark tank competitions have now made it to the clinic and are helping people with epilepsy.

In my role as the chief scientific officer of the Epilepsy Foundation, it is my goal to actively foster the kind of research that can make a difference to people with epilepsy in a time frame that matters. We cannot afford to wait decades for new therapies to help the many people with epilepsy who are not being helped by current therapies. In order to be successful, we need a much larger philanthropic investment in epilepsy research. The epilepsy research effort is significantly underfunded compared to efforts for other chronic neurologic diseases. Since I came on board in my new role, we have already begun to think about new ways to put the Epilepsy Foundation on the map with regards to advancing the research effort.

In May 2016, the Epilepsy Foundation will host the inaugural Epilepsy Research Roundtable. At the Roundtable, companies involved in epilepsy therapeutics and diagnostics will meet with the major epilepsy non-profit organizations and the Food and Drug Administration. We hope this group will come together to address a major road block to new epilepsy therapy advancement. This meeting will be held yearly, addressing a different roadblock each time. In this way, we expect to make significant progress on developing new ways of diagnosing and treating seizures and epilepsy. This is only the first of a number of new initiatives as we move forward.

We are fortunate to have an amazing (and growing) staff of individuals at the Epilepsy Foundation who are committed to the research effort. You will be hearing more about these people in the future. It is also critical to our effort to have you, the epilepsy community through epilepsy.com, invested in this work with us. I will   keep you updated on all of our exciting new plans and of course ask for  your input at each step of the way. I can’t wait to see what the future holds for research efforts at the Epilepsy Foundation and in the epilepsy community as a whole. 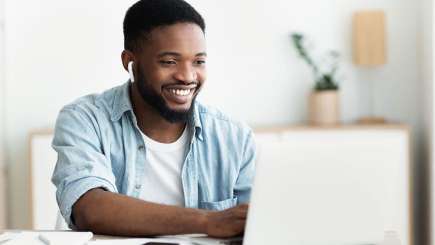