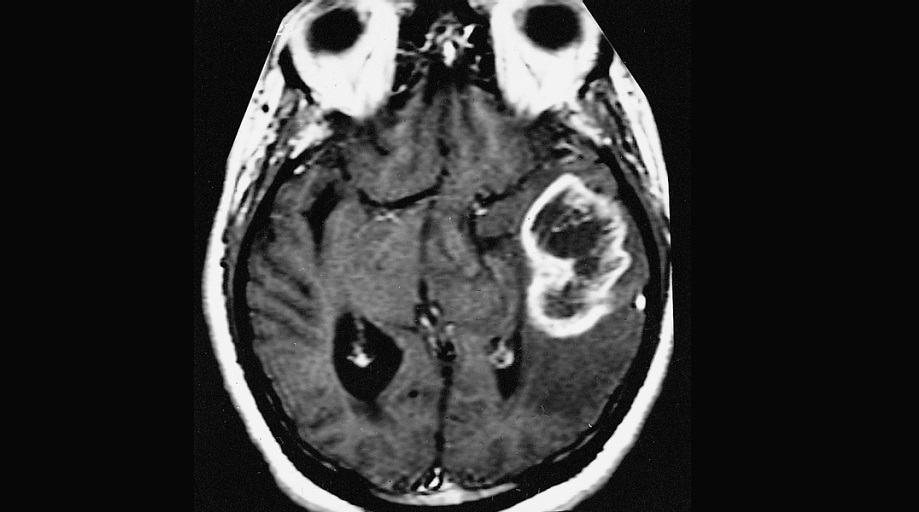 The reasons why brain tumors can be associated with seizures are not completely known, but some hypotheses are that the tumor may apply physical pressure on surrounding brain tissue and may release substances like glutamate that cause seizures.

When this happens, the decision to resect the tumor is made. Oftentimes, resection of the tumor may lead to seizure reduction, but there are also occasions when tumor resection does not stop seizures. In summary, epilepsy related to brain tumors can be thought of as a separate entity that requires a unique treatment and management plan.

An interesting molecule that has been shown in the lab to have anticonvulsant effects is adenosine. The enzyme adenosine kinase (ADK) is responsible for metabolism (breakdown) of adenosine – hence, increased ADK activity will decrease levels of adenosine. A study that was published a few years ago looked at ADK in resected brain tumor tissue. The scientists found that tumor cells and the peritumoral tissue (area surrounding the tumor) had higher levels of ADK than normal control tissue. There was also higher ADK expression in resected tissue of patients with brain tumors that had epilepsy, as compared to people with brain tumors that didn’t have epilepsy. Hence, adenosine and ADK may provide clues into the presence of seizures in brain tumors.