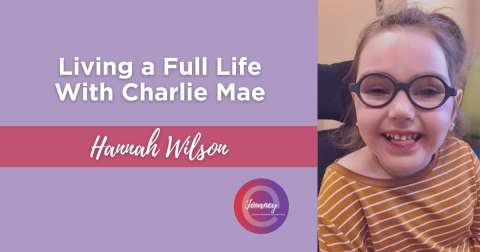 Charlie Mae was born in April 2016. A loved and beautiful baby girl, she was perfectly healthy. At 3 months old, though, she had her first seizure.

After multiple failed medications, countless EEGs, and many hospital admissions, she had her longest seizure-free period of one month in the winter of 2016. However, around that same time, she stopped meeting milestones. Genetic testing results revealed that she has SMC1A mutation.

No one knew what that meant for Charlie, but the first three years of her life were filled with hospitalizations for seizures and respiratory illnesses. Charlie has unsuccessfully tried the keto diet and VNS surgery to help control her seizures.

Luckily, an online group was found, consisting of families all over the world with baby girls just like Charlie! As it turns out, there are less than 100 cases documented worldwide. Everyone is different but the biggest thing they have in common is intractable epilepsy. These girls are also nonverbal. Some of them can walk and eat by mouth, unlike Charlie.

She has experienced some tough days. Sometimes, Charlie has up to 100 seizures of several types.

Now, Charlie is four years old. Her immune system is getting stronger, so she gets to spend most of her time at home snuggling and playing with her baby sister. We are thankful that she only has one or two seizures on most days, and we try to live the fullest life possible with her!