Getting the Brain Hiccups – Searching for a Reason 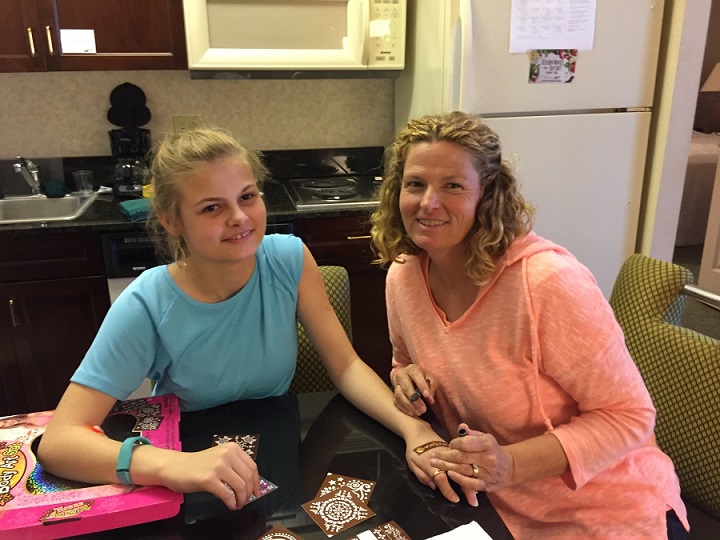 This post is the first in a series following one family’s journey in seizure treatment and care.

When our daughter Lilly was not quite 4-months old, we woke to find her in her crib, eyes glazed over, ashen, and not moving. That morning, we learned what Lilly had was a generalized seizure. The questions racing through our heads were: Would she be ok? Why did it happen? Will it happen again?

When Lilly was 18 months old, she began to experience absence seizures. We knew that something was wrong because her eyelids would start fluttering in rapid succession. As she grew older, she would call these moments the brain hiccups. She could have these brain hiccups over 100 times a day. The hiccups made it hard for her to hold a conversation and to concentrate. We tried 9 medications but none of them could control her seizures.

At 11 years of age, Lilly was given the likely diagnosis of Dravet syndrome, a rare and persistent form of epilepsy that is often resistant to therapies. The diagnosis gave us renewed vigor, as stories were cropping up about medical cannabis potentially helping those diagnosed with Dravet syndrome.

We went to see if Lilly would qualify for the cannabidiol (Epidiolex) clinical trial. After nearly 7 days of monitoring and over 1,000 recorded brain hiccups, Lilly was dazed and exhausted. She did not have the tonic-clonic seizures that the clinicians were looking for to start the treatment for Dravet syndrome. Therefore, she could not be entered into the trial. However, one clinician who observed her through the 7 days suggested she may have been misdiagnosed. Perhaps Lilly had glucose transporter deficiency syndrome, otherwise known as Glut1 deficiency.

A Glimmer of Hope

If Lilly had Glut1 deficiency, this meant that her body was unable to adequately translate food digestion in the proper way to deliver the right amount of glucose, or sugar, to the brain. This deficiency would be the cause of her seizures. Shortly after hearing about Glut1, we learned that the ketogenic diet was a possible treatment.

After several months of intense laboratory analysis, Lilly was formally and officially diagnosed with Glut1 deficiency. After 16 years of meandering through treatment options, we finally found a way to treat Lilly.

The next post on Lilly’s journey will cover the importance of finding a community after receiving a diagnosis like Glut1 deficiency.