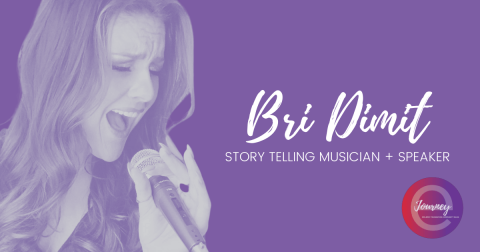 I was diagnosed with epilepsy at five years old. I had around twenty-one seizures a week, experienced multiple EEGs, trialed multiple medications, and was prescribed twenty pills a day. Ten in the morning, ten at night.

At age ten, I ended up having a two-and-a-half-hour grand-mal seizure that resulted in me being air lifted to a children’s hospital where I flatlined and was pronounced dead.

Thankfully my story has a positive ending but as you can imagine, this experience only made me struggle even more, especially academically. So much so that three schools I attended, that same year, had asked me to leave because they “could not provide the services I needed.” So, my mom who was a licensed teacher at the time decided to homeschool me.

Life seemed great. I hadn’t had a seizure for a few weeks, school was good, and then I got the news; My mom was diagnosed with a rare liver cancer. Six weeks later, I found myself in an ICU witnessing her last breath. Gone.

Now I was entering high school, not only with my epilepsy and learning disability, but also with the grief and loss of my mom.

Junior year arrived and the question, “What college are you going to?” was imbedded in (what felt like) almost every conversation. “Is college even possible for me?” I thought. Could I live independently with my epilepsy? I had been told, “If I was lucky enough to finish high school” that a community college was my “best option” because of my learning disability.

I ended up receiving three packages in the mail. Acceptance letters to three schools. Two local community colleges and one from a four-year “real” college.

“Dear Bri, it is with great pleasure to inform you of your acceptance and admission to Ball State University for Fall 2011.”

I cried in that moment. Not because I was accepted into a four-year university, but because in that moment, I beat the odds. I learned that nothing could stop me. Not my epilepsy. Not the words and opinions of others. Not the statistics. Nothing.

And by age 22, I graduated with my Bachelor of Science Degree from BSU while working 2 full-time jobs, being a full-time student, and living independently with my epilepsy.

At 23, I was the youngest on staff ECE coach training schools across central Indiana.

By 24, I married my best friend, bought my first home, and became a CEO by starting my own business as the Storytelling Musician amplifying the voices of others through my music.

At 26, I graduated with my Master of Arts Degree from BSU.

Today at 27, I am nine years seizure free.

And by age 28, I will become a published author in the upcoming book, The Soulology Chronicles: VOICES.

My name is Bri Dimit, I am an epilepsy warrior, and I am just getting started.