Epilepsy Research at the National Institutes of Health 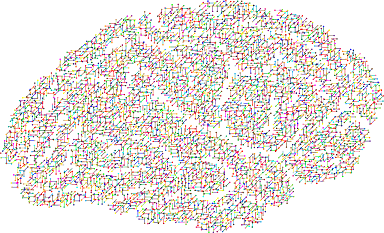 It Needs Our Support

As the new administration begins to discuss the federal budget and potential cuts to funding at NIH and other programs, we must raise awareness with all stakeholders about the critical role federal investments in biomedical research play for epilepsy research priorities and the overall research enterprise. The research supported by NIH is an essential component that can be complemented, but not matched or replaced, by the nonprofit community's investments in research.

The Priorities for Epilepsy Research at NIH

In 2013, the NIH hosted a workshop titled, "Curing the Epilepsies 2013: Pathways Forward," to develop benchmarks for epilepsy research. This conference re-evaluated the priorities shared across the community to lead us to clinically meaningful advances in treating and understanding epilepsy. These updated benchmarks identified four key areas that NIH would invest in:

These four priorities highlight a change in direction that has been occurring over the past five years. We are shifting away from just stopping the outward seizures to understanding and treating the underlying cause of epilepsy. If successful, this would provide a holistic approach to care and open new potential avenues for treatment. In 2019, NIH will re-evaluate these benchmarks and refine the priorities depending on the progress made.

Is NIH epilepsy research spending lining up with the benchmarks it created?

According to the Interagency Collaboration for Research in Epilepsy, ICARE, which tracks funding from nonprofits and government agencies, the answer is yes. NIH has been sticking close to the priorities that it has laid out (Figure 2). Below is a breakdown of the spending.

Around 20% of the NIH epilepsy budget goes to understanding the causes of the epilepsies, with most of that allocated to identifying new genes and pathways associated with epilepsy.

They are also studying the relationships between the epilepsies and several co-occurring conditions (e.g., neurodevelopmental disorders). This investment has paid off, with 20 new genes for epilepsy discovered in 2016 alone!

Around 30% of the NIH epilepsy budget goes towards preventing epilepsy and its progression. Most of this money has been allocated to either understanding how epilepsy can result from an insult to the brain (e.g., a traumatic brain injury, stroke, tumor, etc.) or to understanding how genetic causes contribute to the development of epilepsy.

In 2017, NIH established the EPIBios4Rx Center Without Walls initiative. This is a bioinformatics study that looks at epilepsy in people with post traumatic brain injuries across multiple institutions worldwide.

Around 32% of the NIH epilepsy budget goes to improve treatment options for epilepsy. Over half of these research dollars go towards identifying new ways to detect, predict, prevent, or terminate seizures.

Around 15% of the NIH epilepsy budget goes towards limiting or preventing adverse consequences associated with epilepsy. Most of these research dollars go towards improving overall quality of life and understanding sudden unexpected death in epilepsy (SUDEP).

The NIH has developed a bio-repository that allows for storing and sharing genetic, tissue, and clinical data samples collected from thousands of people with epilepsy at 10 sites across the country. The goal of this program is to identify who is at risk for SUDEP with the primary goal of preventing SUDEP from occurring.

Around 4.5% of the NIH epilepsy budget goes towards the “other” category that does not fit in the four benchmarked areas. This category includes funding for research infrastructure, such as developing a cloud based tool for storing large and secure datasets, for institutional training grants, or to fund training fellowships in epilepsy at institutions that have programs focused in epilepsy. The training and infrastructure supports and encourages the developing workforce entering the research arena.

The aforementioned are the critical ways NIH supports investigator-initiated research, multi-institutional center without walls initiatives, and observational clinical trials that align with their benchmarks for epilepsy. A budget cut to NIH could mean an across the board budget cut to all the epilepsy programs across all priority areas.

Decision makers in Washington, D.C., and across the country need to hear from all stakeholders – including people living with epilepsy and their families, clinicians, researchers – about the value of federal biomedical research investment for all Americans.

Become an advocate today and helps us share the story about the critical role NIH plays in epilepsy research and biomedical research and innovation more broadly. Click here to sign up for updates and opportunities to engage directly with Congress and the administration with a unified voice in support of federal investments in research.