From Genes to Epilepsies 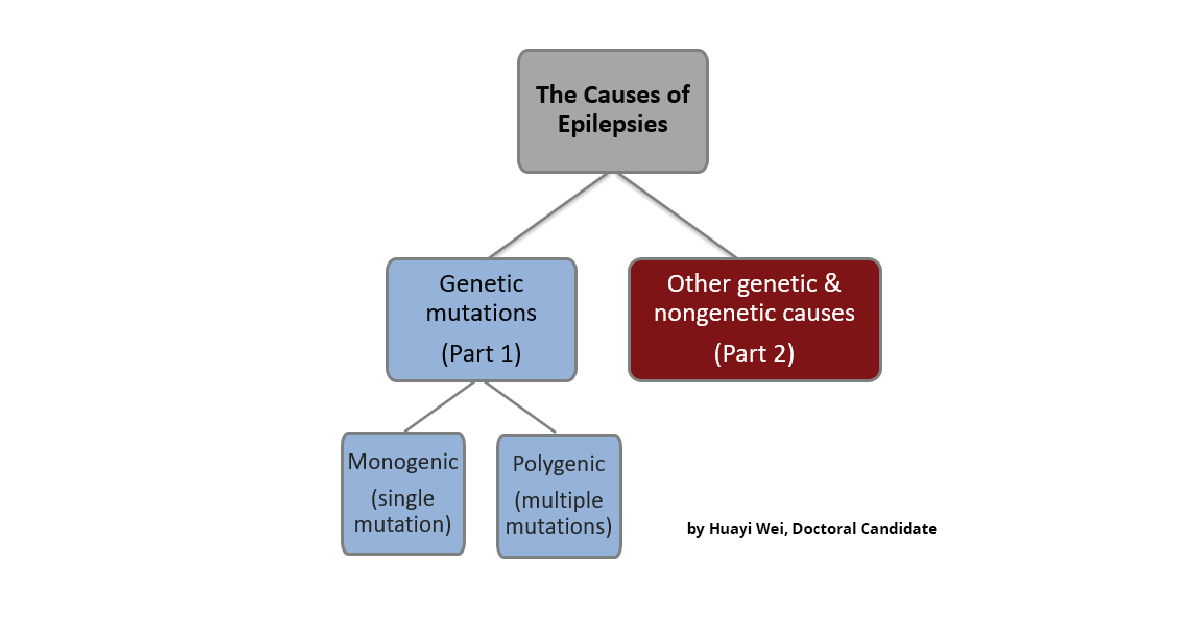 How do we understand the effects of genes on epilepsy? Is there such a thing as “the gene(s) for epilepsy”?

In this two-part article, we will first look into how genetic mutations can lead to either monogenic or polygenic epilepsies. In Part 2, we will discuss other genetic and nongenetic causes of epilepsies.

Other Genetic and Non-genetic Causes (Part 2)

Genetic mutations can never fully account for many common epilepsy syndromes, including Genetic Generalized Epilepsy (GGE) (see Terms & Definitions). GGE describes one-third of all epilepsies. In these syndromes, the genetic backgrounds of individuals and environmental factors are thought to play huge roles.

A better way to understand how genes affect epilepsies perhaps requires us to arrange all epilepsy syndromes on a spectrum of causes.